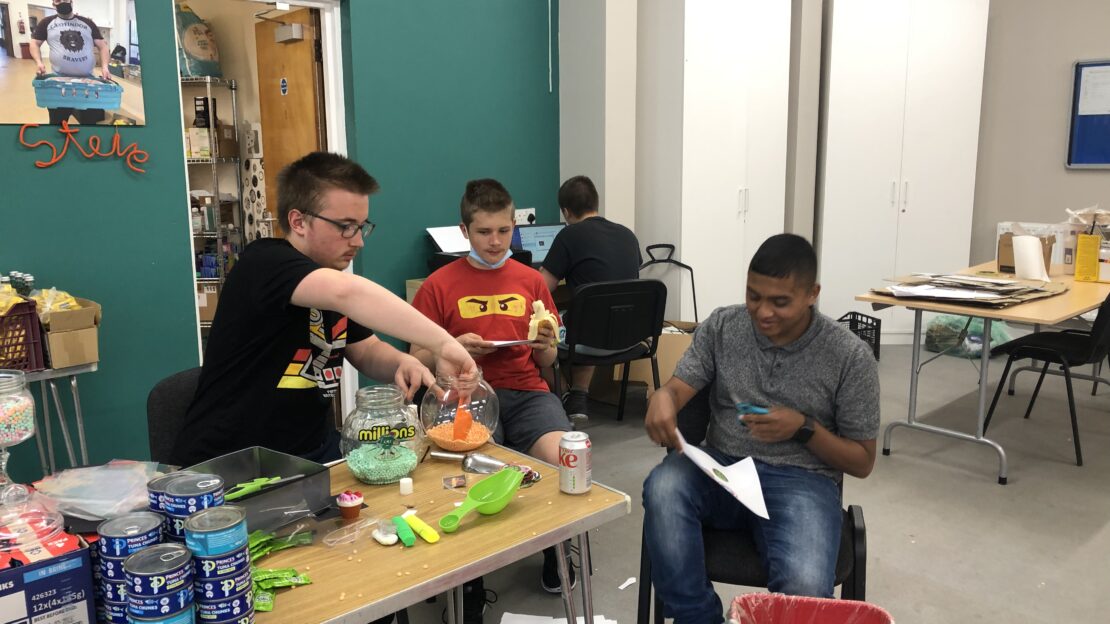 This summer, young people from across Cardiff have been helping alleviate food insecurity whilst gaining lifelong skills.

The Summer of Picnics project is run by the Tremorfa Pantry funded by the Flourish team from the Cardiff Community Housing Association (CCHA).

The project receives surplus food from FareShare Cymru, is sorted by a group of young people and then distributed to various families and community groups for picnics.

Originally put together three years ago by a group of young people with learning difficulties to help them socialise, it’s now grown to include young people from across the community.

The idea to provide people with picnic food was fueled by the news about summer food poverty.

The young people were really concerned. I couldn’t help them get their heads around the fact that young people would be struggling to have food on the table over the summer.

The young people lead the project, doing everything from logging the food that they receive, working out the quantities, health and safety and baking.

The skillset that they get involved with, they’re unaware of, but you can see the improvement. Maths is one of the biggest ones.  We could get boxes of Skips crisps and there’s six in a packet and there are 80 boxes and we’ve got 50 families. There’s maths behind that and problem-solving. I’ve watched their confidence grow and working better together as a team.

We’ve had a couple of parents who’ve been told to sit in the cupboard and not butt in.

This year, the Summer of Picnics has supported 50 picnics across Cardiff from play services, to faith groups to individual families.

One of the lads would come in and get the picnics ready. But then he was also involved with attending the picnics as a young person. The look of pride on his face was just an addition.

We’ve gathered a lot of feedback from families, and it’s just gorgeous. Really bringing communities together and really good produce. Some of it’s lasted beyond the picnic. FareShare has just been phenomenal at getting this gorgeous picnic food. Every week has been so appropriate and just lovely.

The project also helped build a sense of community between the young people. They put on a market that raised £300 for Afghan refugees and the CCHA took them to Barry Island funfair to say thank you.

One particular lad had never been on the rides and was saying “we could never afford them as a family of five.” It was a particular treat and they appreciated it.

The young people have plans for the rest of the year with ideas for a Halloween trail and talks of beating a World Record for the biggest ever tombola.

We use cookies on our website to give you the most relevant experience by remembering your preferences and repeat visits. By clicking “ACCEPT ALL”, you consent to the use of ALL the cookies. However, you may visit "Cookie Settings" to provide a controlled consent.
ACCEPT ALLCookie SettingsRead our policyREJECT ALL
Manage consent

This website uses cookies to improve your experience while you navigate through the website. Out of these, the cookies that are categorized as necessary are stored on your browser as they are essential for the working of basic functionalities of the website. We also use third-party cookies that help us analyze and understand how you use this website. These cookies will be stored in your browser only with your consent. You also have the option to opt-out of these cookies. But opting out of some of these cookies may affect your browsing experience.
Necessary Always Enabled
Necessary cookies are absolutely essential for the website to function properly. These cookies ensure basic functionalities and security features of the website, anonymously.
Functional
Functional cookies help to perform certain functionalities like sharing the content of the website on social media platforms, collect feedbacks, and other third-party features.
Performance
Performance cookies are used to understand and analyze the key performance indexes of the website which helps in delivering a better user experience for the visitors.
Analytics
Analytical cookies are used to understand how visitors interact with the website. These cookies help provide information on metrics the number of visitors, bounce rate, traffic source, etc.
Advertisement
Advertisement cookies are used to provide visitors with relevant ads and marketing campaigns. These cookies track visitors across websites and collect information to provide customized ads.
Others
Other uncategorized cookies are those that are being analyzed and have not been classified into a category as yet.
SAVE & ACCEPT